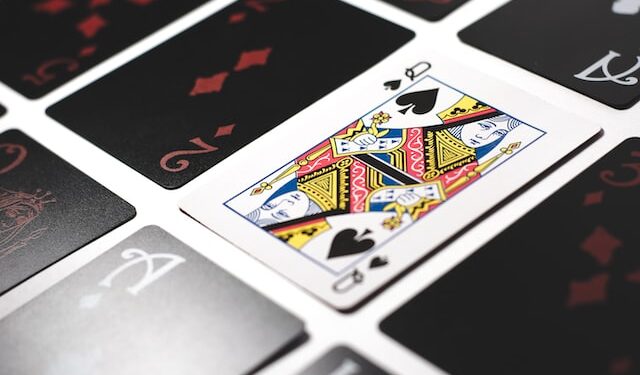 In the early days of home computers and consoles, a game had a simple start and finish, a task you’d complete to beat the game. As machines became more sophisticated, game developers could add extras; minigames bolted to the overall experience but weren’t part of the core game.

This started with loading screen games. Back when a title had a loading time, gamers were given a rudimentary space invaders game or similar to enjoy for a few moments. They proved popular and paved the way for minigames to enter full titles. The onset of the open-world sandbox made minigames crucial to the overall experience; Super Mario 64 was one of the most notable of its genre and a title which opened the gateway to 3D worlds and minigames.

Nowadays, almost every game has a minigame of some sort, with cards being an obvious pick. A game of cards fits into any type of game; medieval, futuristic, shooters, puzzlers and any other you can think of. Because cards are so versatile, developers have created bespoke games as well as lean on trusted titles.

If you’re a fan of card games and want to get stuck into a game today, here are five major titles and their exciting card games to enjoy.

The Witcher 3 is a fantastic game, rich in lore and graphically attractive years after it was released. Gamers often played the card game Gwent; a bespoke title created purely for the Witcher world. The gamer built their deck, chose their approach and then did battle for in-game rewards. It was so successful and unique that it spawned a standalone title and still feels fresh today.

When picking a card game to use in a title, the setting is everything, and Rockstar got it spot on with their blockbuster release Red Dead Redemption 2. As explained by Legends of America, poker is a key part of Wild West tradition, which meant including it in RDR2 was obvious. They picked Texas Hold‘em, which is the best-known and most popular variety of poker. That makes it easy to pick up in the game and authentic to the backdrop.

To further demonstrate the excellent use of poker in a game, we have Grand Theft Auto Online. They didn’t include poker in the general release of GTA V but added it in as a minigame for the online players. In a casino, Three-Card Poker is popular, and by using that variant in their Diamond Resort and Casino, they added an air of authenticity. It was also a good way to grab in-game currency, making it popular with players.

Like Gwent, Triple Triad is an excellent example of a fun and engaging card game becoming popular outside the original title. It may not have got a standalone release, but it worked on the same principles; to build a deck, one had to play missions and progress in the game. It acted as a reward for playing FFVIII and offered a similar bespoke experience that served The Witcher developers, CD Projekt Red, very well.

Fallout New Vegas came between Fallout 3 and 4, the excellent, if a little buggy, open-world masterpiece from Bethesda. With it being a game based in Nevada, you’d think they’d go with poker, but instead, the developers created Caravan. It felt like a variation of Blackjack, but one in which you built your deck and employed a strategy. It’s not found as much today as the game is 12 years old, but it’s worth checking out if you’re into retro gaming.

If you enjoyed this list, we have other gaming lists on our site, including the ‘5 Facts About Video Games That’ll Surprise You’.