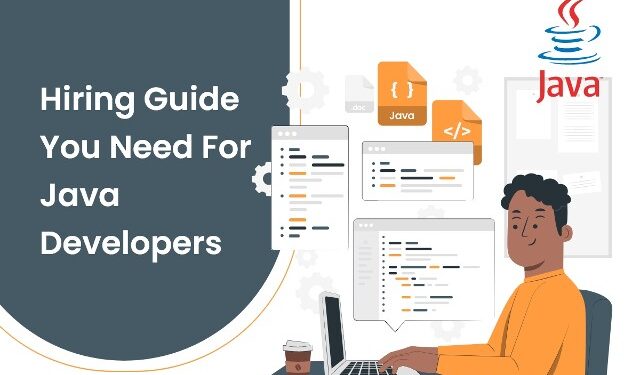 Java is the world’s fifth most popular programming language. Java is used by around 8 million developers globally today. Java developers are available in any enterprise that focuses on digitization. It is the most commonly used programming language for app development. Java engineers are in high demand due to their backend development capabilities and functional benefits in mobile applications.

This blog will walk you through every step to be considered when you hire java programmers. By the end, you’ll have a thorough understanding of the skills to look for when hiring Java Developers.

Java is a simple, object-oriented programming language. To construct applications, programmers can easily write and rewrite codes, compile and debug in Java.

Java originally emerged in the market over 27 years ago. James Gosling created and constructed this language. According to Statista, more than 33% of developers select Java as their programming language. Java is the most popular programming language for developing programs, social media handles, AR/VR, and so on.

You will be using Java to create your new application and the first step will be to hire java developers.

The Benefits of Using Java

Who exactly are Java Developers?

The roles of a Java Software Developer include

Qualities to look for when hiring Java Developers

Here is a list of technical and soft skills to look for when you hire java programmers. A candidate’s skills determine whether or not they are qualified for the position!

Java 12 and 13, as well as Java 17, are among the new releases. You must ensure that your candidate understands how the above interpretations work. Until recently, Java 8 was the most popular version. The Java Developer candidate who applies for the position on your team must be proficient in Java programming. Even if they are unfamiliar with some Java versions, they should be eager to learn!

After the Java Developers create a program, it must be tested! If your Java Developers fail to test, your company application will be in big danger in no time. You must ensure that you hire java developers who are capable of performing basic unit testing. Skills in automated and integrated testing are also advantageous for your application and company.

Hired Java Developers must understand performance tuning and be familiar with concepts such as JVM Internals and GC behaviour. Many Java Software Developers are unaware of why their application is slow or failing.

Although DevOps was not previously required, it is now an essential skill for any software or Java Developer. When hiring Java Developers, you should look for candidates who are up to date on the latest trends and technologies in the application/website development field. They must understand and apply the principles and tools of development and operation integration!

Java developers for hire must understand the fundamentals of socket programming. They must understand the distinction between TCP and UDP. Asking questions about Java Network Programming Skills is the greatest way to ensure that your Java Software Developer has them. Make a list of questions regarding the aforementioned talents and see if your Java Developer for hire specialises in them.

Any employee and employer in your organisation must have some basic soft skills that contribute to a positive work atmosphere among team members.

Let’s go over the steps to take while you hire java programmers for your application.

Java developers are the application development industry’s future. Java aids in the development of efficient and interactive applications for customers and clients. If you’re seeking to hire java developers, the time has come! You will have to look for experienced Java Software Developers to join your team.

What is the Cost of Shopify App Development?