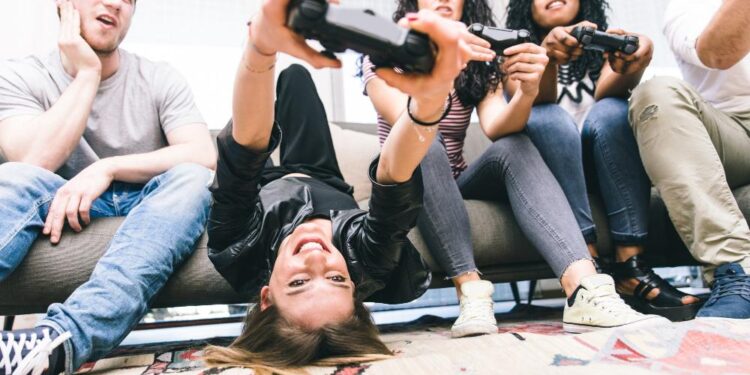 Would you describe yourself as a gamer? Could you back that statement up with some amazing facts about video games?

The gaming subculture is a fascinating one, steeped in tradition, history, rivalry, and some polarized opinions! You might be a professional gamer or a casual gamer who just picks up a controller once in a while to play with friends.

If you want to be able to share some cool facts about gaming without having to spend hours researching them, you’re in the right place! Keep reading as we look at some of the most interesting gaming facts!

1. The Playstation Was Originally a Joint Venture

The Sony Playstation has been a household name (and a household belonging for millions of people) since the original was released in December of 1994.

But did you know that the original idea came from a collaboration between Sony and Nintendo? The idea was to create a games console that could also play CDs. Nintendo would handle the gaming aspect while Sony would provide parts for playing music.

Nintendo pulled out of the project, but Sony ran with it, and thus, the Playstation was born.

Diablo is considered by many to be one of the greatest games ever, and incredibly, the online aspect of the game has been going for 20 years!

The game uses an online service called Battle.net, which many who play games like Call of Duty: Warzone on PC will be very familiar with.

Diablo paved the way for online gaming, opening it up to what is now a mind-blowing number of types of video games, from first-person shooters to world creation! Check out these Starbound mods to make your experience even better.

3. Video Games Are Good For You

This is one to tell your parents or grandparents who complain that video games cause violence!

Playing video games trains your brain to have a heightened sense of your surroundings and can give you the ability to react faster to what is going on around you.

The first video game to be made into a movie was Super Mario Bros.

The 1993 movie starred Bob Hoskins as Mario and John Leguizamo as Luigi. But astoundingly, Tom Hanks was pegged for the role of Mario. However, the executives at Nintendo were concerned the up-and-coming actor wasn’t well-known enough to carry the weight of the movie.

5. Pretty Much Everyone Agrees On the Worst Game Ever

Everyone will have an opinion on their least favorite game. But there’s a pretty strong consensus that ET: The Extra-Terrestrial on Atari is the worst game ever.

There was a rumor that unsold copies of the game had been buried in the desert. This was no myth, though! A documentary team uncovered the copies with a host of other Atari games.

Now You Know Some Facts About Video Games

Next time you’re discussing gaming with your friends, you can whip out these facts about video games to impress them. No doubt there will be more facts to learn about gaming as the years go on.

If you enjoyed this article, check out the Entertainment section of the website.