The Future of UI Design Technology 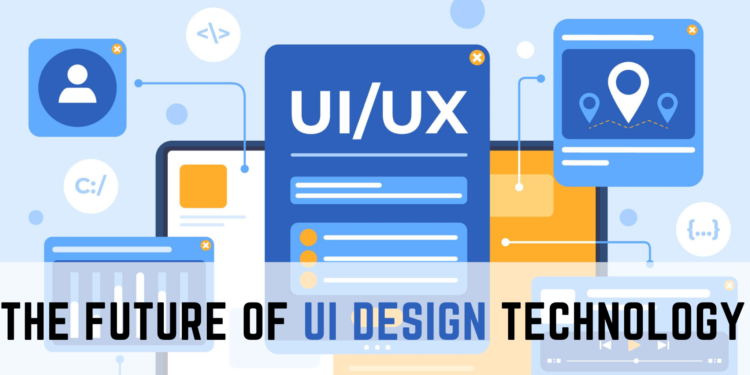 A User-interface, also called UI, is one of the most central parts of computer science. It’s one of the first foundations where people used to calculate their operations. Microsoft and Macintosh OS (Operating Systems) are the most significant examples of exemplary user interfaces. But today, you can easily find countless UI designs used for multiple platforms.

Over the years, UI has become more prosperous with adaptable functionalities. They were digital icons for storing specified files and programs in the past. But now, things have grown massive in terms of user-interface usability. As well, they have become compatible with different digital machines. Else, many professionals who create Logo design services get inspired by UI designs. It’s that great about the display customers see on their handheld gadgets.

Besides, every computer device has a screen to perform various tasks. It means that each interface is built according to business/brand prerequisites. But one thing is common in every UI design development; it has attention-grabbing features on a stunning main screen.

What is a User-Interface (UI) Design?

These allow users to interact with different functions on the screen seamlessly. It’s like putting an airplane’s cockpit controls on a virtual dashboard. Also, you can find several buttons and configuring switches on it. You have input control keys, checkboxes, light bars, dropdown lists, toggles, and whatnot. It shows you all the programming patterns in real-time. You are responsible for what input you enter for acquitting outcomes.

UI designs are everywhere, and digital devices owe them a great deal. There is not a single machine that doesn’t have it. User interface frameworks are everywhere, from desktops to laptops, smartphones to tablets, from eBook readers to supercomputers.

What is the Prominent Role of UI Design?

The primary goal of a user interface is to make things visible happening at the back end. You can expect lots of calculations happening in the nerve endings of the machines. The designers work closely with programmers to ensure an unforgettable UX (user experience) for the clients. It helps brands and other businesses stay ahead of the competition.

From its inception to this day, it has evolved from mere icons and digital art clicks into full-fledged operating systems. Through an interactive user interface, you can easily click on computer menus, programs, and other utility software.

The present state of the brilliant display factor is flat. It doesn’t mean a static “non-responsive” design, but a super-efficient one. Nowadays, desktops, laptops, and phones come with a sweeping user interface that has it all. You can control every aspect of your machine proficiently from page one.

Apple Inc is probably the first company to introduce a universal front-page UI. Its primary purpose was to provide ultimate on-the-spot controlling convenience to its users. The celebration of simplicity and promoting minimalism in machines was real. It took over the industry in a few years. Thus, allowing Steve Jobs company and other relevant corporations to design a simple flat screen for their customers.

The best part of a pleasing UI design is its straightforward looks, flat layout, cleaner borders, and inspiring graphics. In other words, it has enabled businesses to shift their across-the-board inventory tools from one place to another.

Large images are why platforms/websites and other applications are here to stay. These significant images play a vital role for programs made with a visual appeal in mind. You can also apply typography fonts with big pictures to highlight the details. These types of user interface layouts are popular among content-centric websites. However, you can expect a sluggish design for the whole page. Several elements act as a driving force to maintain its functionality. Hence, attract potential clients who might be interested.

Incontestably, voiceover technologies are taking over the market. Famous examples in this regard include Apple’s Siri, Alexa by Amazon, and Google Assistant. You can expect your websites and mobile apps to be easy to control with these voice-centric devices, right?! Besides, typing a question on Google would drown you in countless findings. It’s better to ask a question and get a direct response from your AI-powered VUI assistant.

Over the years, voice user interfaces have gone universal with the help of IoT (Internet of Things). According to a survey conducted by Gartner, Siri and Alexa will dominate user inputs owing to lifestyles reforming with modern technologies. Nonetheless, it doesn’t mean that onscreen artwork and other appealing elements will see their demise.

AR and VR are experiencing a surge in their growth these days. It’s becoming more popular in the 3D design industry. Today, several industries are using augmented reality and virtual reality or both. However, AR and VR create travel plans for tourists and create product manufacturing blueprints. But modeling is by far among their most common uses.

Furthermore, the human industry is seeing a sudden shift from static presentations to overwhelming user-interface controls. Many companies redefine their plans by using artificial intelligence to ensure accuracy in their “well-thought-out” predictions.

IoT (Internet of Things) is taking over the user interface medium. The world is becoming smarter with these above-and-beyond technologies. But for now, it’s like a magic box used to connect the real world with various computer technologies. It helps create a well-defined ecosystem among different devices to act as a single unit.

AI is becoming dominant in every marketplace. Besides, the online bazaar and comprehensive business spectrums have grown as a life-sized domain. It is creating ripples across different industries. You can create a new business model for your workplace by using predefined business structures via Artificial Intelligence.

The Perfection of Interaction Design

Big companies like Google, Apple, and Meta compete against each other to create a perfect “near-to-real” world within the virtual realm. Every element now acts as a fascinating pinwheel to create sparks across the “flat” user-interface screen. A/B testing has been happening for years with different technologies to improve user experience.

Now computer technologies, particularly UI design, are becoming more human. The credit goes to years of research to devise an ideal personalization treat for the end-users (customers). Fluid Artificial Intelligence will take over traditional AI practices, i.e., create multi-layers for programs. Each page will represent a single face to discover everything.

Humanizing computer technologies is happening rapidly. Now we can see lots of tech-based giants are creating human-like robots. We are also adding similar emotions and behavior patterns in these physically-alike computer machines.

User interface designs are all about interactively providing functions. It will provide an expressive experience to users with machines. Other key takeaways include use of large images will dominate the UI-centric market. IoT will align with the design and help it become more functional with escalated effectiveness. AR and VR technologies will conquer the 3D-based industries. Lastly, artificial intelligence will use the human database to its best advantage; to create an ultimate user interface upfront.

What is a Managed Dedicated Server in Los Angeles? Why Do You Need it?