Is All the Hype About LED Lighting True? 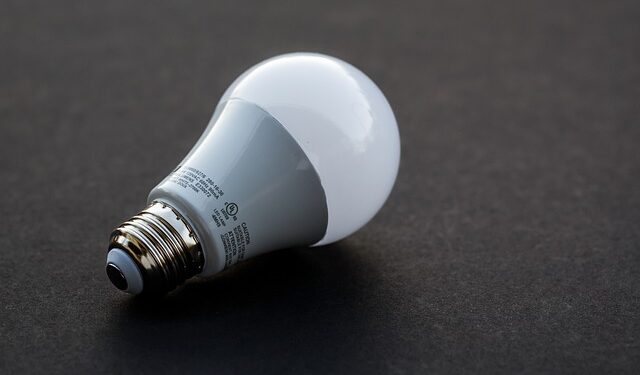 The developing process of LED Lights goes way back decades ago, as Oleg Lesev invented it in 1927. However, the increasing popularity of LED Bulbs for residential and commercial use was not that long ago.

In 2019, LED Lights were considered the primary lighting source amid the phasing out of halogen and fluorescent bulbs. In recent news, the Department of Energy announced new rules regarding a minimum standard of 45 lumens per watt for light bulbs.

This means that incandescent bulbs will be forced to be phased out, as they won’t meet the requirements. The ban on the production of inefficient lighting sources is projected to be implemented in 2023.

All things considered, some people remain skeptical about how LEDs could be the overall better lighting source. Let’s talk about some of the most popular claims about LED Lighting and dive deeper into whether they actually are worth the hype or not.

One of the main things you’ll come across when looking into LEDs is that they consume much less energy than other lighting alternatives. LEDs efficiently use electrical current passing through a diode, emitting diodes through electroluminescence, allowing them to achieve the same brightness with ten times or even less wattage than traditional light bulbs.

How much can you save?

This totally depends on the number of lighting you’ll be switching to LED. The duration of hours you actually use your standard bulb lighting at home plays a factor.

According to an article by the U.S. Department of Energy, LEDs could save you up to 90% less energy usage than incandescent bulbs. The more bulbs you switch, the more it will make a significant impact that will reflect in your monthly electrical bills.

Another benefit you’ll often hear when talking about LEDs is that they last much longer. A huge reason behind this is the very mechanism they use. LEDs are less likely to burn out as they don’t require as much energy compared to previous alternative options. Efficient energy utilization adds up over time, allowing LED Lights to function better at more extended periods.

While there is no absolute answer to this, a good estimation for an average LED Bulb could last you for as long as 50,000 or more, equivalent to a decade or even longer. Switching to LEDs also means that you won’t have to be concerned about replacing your lighting systems any time soon.

Ways to prevent early deterioration of your LED Bulbs

LED Lights are an obvious choice if you want to find bulb lighting that won’t require as much maintenance and yet give you a solid lifespan regardless. However, if you want to get the most out of your LED Lights and prevent early deterioration, there are some things you can do.

Practices like switching your LEDs when not in use, avoiding frequent light switching on and off, and following proper low-voltage bulb requirements for your LEDs are excellent at preserving their quality and performance for longer periods of time.

There’s no doubt that LED can genuinely benefit you personally as it entails a ton of benefits towards energy costs and lighting efficiency. But what if we told you that you are actually helping the environment as well, Wouldn’t that be great? Here’s how.

LEDs have much less carbon footprint

As it turns out, LEDs can produce the same light as incandescent bulbs while emitting 80% fewer greenhouse gases. Greenhouse gases negatively affect the environment, causing climate change, global warming, and other environmental factors. Switching to LED Lights is an eco-friendly alternative that could help prevent these causes.

Versatility also plays a factor when searching for the best lighting options, especially if you’re planning to create your lighting system. Most claim that LEDs are much more versatile than other options and here’s why:

With the increasing popularity and demand for efficient lighting, manufacturers have concentrated on producing more LED Light options, available in different variations. It would be easier to find light bulbs and fixtures that will suit your preference as tons of LEDs are available in the market.

Using incandescents for outdoor use will run you the risk of burnt bulbs and fixtures when the heat takes its turn. Meanwhile, LED Lighting options are perfectly fit for outdoor use and won’t have to worry as they are built to adapt to weather conditions, which other standard lighting options won’t be able to handle.

LED Lights are much safer

Another claim about LED Lights is that they are a much safer route when choosing lighting compared to other options. That is certainly a bold claim, considering the broad term and the range of factors that need to be considered before coming up with that conclusion. Here’s why LED Lights are regarded as a safer option:

Generally speaking, LED Light Bulbs won’t need as much power to produce light compared to other alternatives. This is also a good reason why these bulbs are less likely to heat and cause burn hazards, as opposed to incandescent bulbs and CFLs, which are notorious for burning out.

Constant UV radiation exposure can cause serious health problems over time, including skin damage, energy depletion, eye problem, macular degeneration, and more. This is why most artificial lighting options are called into question. Fortunately, LEDs pose little to no threat regarding UV exposure, as most types of LED lighting do not emit UV light. This highlights the reputation of LED Bulbs in terms of overall safety for use compared to other standard options.

LED Lights are by no means the perfect lighting solution, but they certainly have many great reasons why it is considered the current best lighting option. It’s safe to conclude that it is truly worth the hype. Hopefully, this article has cleared up your questions about LED lights and can help you make an informed decision for your next lighting purchase.