United States Flag Etiquette: A List of Dos and Don’ts to Remember 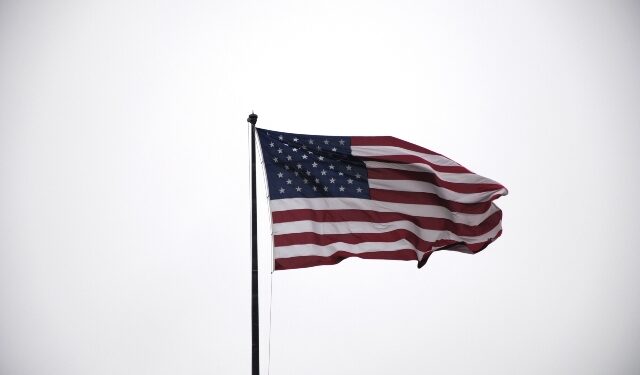 Did you know that the United States flag only started being made with 50 stars in 1960?

While our flag has changed in appearance over the centuries, it’s always been a source of pride for our country and honor for those who have served it. Whether you want to hang a flag outside your home or use it to celebrate a national holiday, it’s important to be respectful.

So what can you do to ensure you always follow the United States flag etiquette? Keep reading to learn about 10 US flag etiquette rules.

1. Display the Flag From Sunrise to Sunset or Get Adequate Lighting

Once you buy a proper flag pole kit, you should only display the flag from sunrise to sunset so that it’s visible. If you don’t want to remove your flag every day, you can continue displaying it if you install proper lighting to keep the flag illuminated. Civilians can follow these rules any day of the year or opt to let the flag fly on national holidays.

2. No Other Flags Should Be Higher Than the American Flag

3. The Union Should Always Be in the Top Left Corner for Observers

When it comes to flag-hanging etiquette, the most important thing you need to know is that the Union should always be in the top left corner for anyone who is observing it. This is true whether you’re hanging the flag vertically or horizontally on a wall.

Since homes can gather dust over time, be mindful of keeping the flag clean at all times.

4. You Should Always Ensure the Flag Is Displayed in Good Conditions

US flag etiquette on a house is all about making sure the flag stays in great condition. This means that you should bring the flag indoors if you’re expecting any bad storms or other events that could damage the flag. People who live in sunny environments should know that the sun can have a bleaching effect over the years, so it’s best to replace the flag when it dulls.

5. Never Let the Flag Touch Anything Else

The American flag is a symbol of freedom, so this means that it should be able to fly in the breeze. Display your flag in a place where it can flap openly without touching anything else, especially the ground. If you’re displaying your flag indoors, let the flag have plenty of space so that the edges don’t drape across other objects.

6. Average Citizens Can Salute the Flag With Their Right Hand Over Their Heart

Only veterans and active members of the armed forces are allowed to salute the flag. All other civilians are expected to honor the flag by placing their right hands over their hearts. This is the case when you are honoring a moment of silence, reciting the pledge of allegiance, or listening to the Star-Spangled Banner.

If you’re wearing a hat, you may remove it and hold it in the hand that’s over your heart.

7. Flags Should Be Rolled and Stored in a Dark, Cool Place

Any flag that needs to be stored short-term can be placed on a table that’s large enough to hold it while it’s flat. For a long-term storage solution, you should roll it in a sturdy cylindrical container. To preserve the flag, keep it in a cool and dark place.

8. Don’t Use the Flag as a Decoration

The flag is a symbol of honor, which means it shouldn’t be used as clothing or decorations. This means you should avoid buying designs with the American flag and just stick to patriotic red, white, and blue colors instead. If you opt for patriotic bunting, make sure blue always comes first or on top.

You may have heard about Memorial Day flag etiquette and other holidays or occasions where the flag needs to be half-staff to show respect. This is only the case if you have a flag pole where the flag can be raised and lowered with ease.

If you’re using a traditional flag pole that’s attached to your home, then you don’t need to change the flag’s position. In cases of mourning or celebration, you can display a streamer on the flagpole if you’d like.

10. You Can Retire Old or Damaged Flags

Responsible flag owners will do their best to preserve the flag, but there are uncontrollable conditions like sunlight that can cause damage over time. If you’re ever in a position where you need to replace your flag, then you need to retire the old one in a respectful manner. One of the most common practices is to fold the flag into a triangle, burn it fully while reflecting in silence, then extinguishing it.

There are also plenty of services that will collect old flags and retire them with dignity if you’re not confident in your abilities to complete this ceremony yourself.

Learning the United States flag etiquette can help you avoid being disrespectful to the country and those who have served it. By following this guide, you can have peace of mind that you’re honoring America and its history.

Did you enjoy this article on proper US flag etiquette? If you want to stay up to date on the latest political news, then be sure to bookmark our site and visit often so you never miss out on more helpful information.

4 Tips for Selecting the Right Overhead Bridge Crane for You